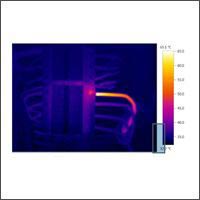 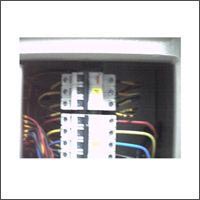 Thermal Scanning is helped us to visualize and quantify changes in the surface temperature of electrical Switchgear. An infrared camera converts infrared radiation (heat) emitted from the surface of electrical equipment into electrical impulses. These impulses are Spotted as colors which represent the various temperatures. Thermal Imaging identifies equipment flaws and pinpoints any hot spots often invisible to the naked eye.

When parts of your electrical systems begin to have problems, they give off heat – usually a sign of electrical resistance or excessive friction. Abnormal temperatures can be seen easily.

Before an electrical component burns up, it heats up. Early detection with Infrared Thermal Scanning detects growing problems before they cause a system failure or fire. Maintenance personnel can correct the problem before the component fails.

Infrared Thermography Is Used To Perform Inspections On Electrical Equipment Because Excess Resistance On Electrical Apparatus Indicates Electrical Faults Such As :

Thermal Scanning Improves The Safety Of The Asset Under Your Control. Thermal Imaging Should Be Used As A Vehicle To Facilitate Early Detection Of Equipment Failure :